When Australia was the envy of the world: Robert Bell and the World Crafts Council 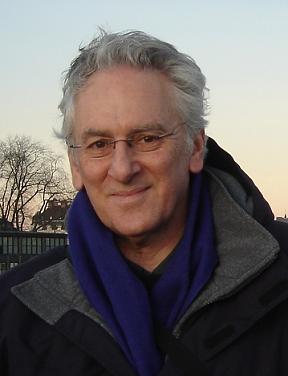 In 2008, I flew to Hangzhou to attend the General Assembly of the World Crafts Council. I was seeking UNESCO endorsement for a code of practice for artisans and designers and was told this required pre-approval by the World Crafts Council – Asia Pacific region. I wandered into the assembly hall and found little flags distributed across the tables. There in the second row was the flag of Australia. As I made my way down, I became aware of a murmuring. I caught the words “Australia has returned.”

In then, I’ve gradually become to realise the critical role that Australia played in the development of this international network, and what an important story it is to our place in the world, especially the region. In recent years, I have interviewed some of the key figures from the time, including Dr Robert Bell AM.

I spoke to Robert mid-way through 2016 at the National Gallery of Australia. He began his story back in 1967, as a 21-year-old working with ceramics and textiles in Perth. Aware of his isolation, Robert sought to make connections outside Western Australia. He subscribed to Craft Horizons, the magazine of the American Crafts Council, which promoted the work of the World Crafts Council, of which he became an individual member.

Along with the magazine came mailings and notices of conferences. Robert started working as a designer of the West Australian museum and also became a founding member of the Crafts Association of WA. At that stage, the Crafts Association of NSW was the de facto lead organisation. Robert remembers how an STD interstate phone call then would cost around $10 for two minutes. It was much more isolated than now.

With notice of the 1970 General Assembly in Dublin, Robert spent two years saving up money for his first overseas trip. This also included a visit to Expo 70 in Osaka, trips to Europe (Scandinavia and the UK), USA and Mexico.

An enduring memory was the breakfast queue at Trinity College Dublin. Robert recalled, “In front of me was Bernard Leach and Shoji Hamada and behind me was Magdalena Abakanowicz, all of whom were my heroes.” Alongside these were Australians he had only known about and never met, including Marea Gazzard and Les Blakeborough. Ironically, it was going overseas that, according to Robert, “…gave me a real sense of being an Australian. being part of a community of thinkers about craft and also an opportunity just to see and meet people.”

A key revelation was the visit to Kilkenny Workshops, a working craft centre. This fed into conversations about how to develop the craft scene in Australia. Robert took this model back to Fremantle, where he found great interest in the idea. He said, “Unfortunately, they thought it was too good and took it away themselves so that it became the Fremantle Arts Centre.” (As far as I know, though, this model was important in the inspiration of the JamFactory Craft and Design Centre in Adelaide.)

Robert received a positive response to his presentation. He formed a friendship with Arline Fisch, who he invited back to Australia, where she became one of the first important international visitors. In 1984 he met his future wife, Eugenie Keefer, who turned out to be a student of hers.

Robert recalls finding a world opening up. “Slowly a network became to build around the people I met at the conference. I was determined then to go to every one of them.”

For Robert, the 1974 General Assembly in Toronto was “a really big deal”. The Crafts Council of Australia had been formed and was taking a lead role in the South Pacific. It presented a cultural program about the region organised by Silver Harris, an Adelaide theatre designer and dancer. This involved an opening performance and exhibition by PNG and Australian indigenous artists, as well as the publication of the Crafts of Australia book with a handmade paper cover.

“All of us rightly felt quite proud about that. We definitely got the feeling that Australia was envied by everybody for its ability to get funding from government. We held up the crafts board as an example for the British, the Europeans and Americans.”

The 1978 General Assembly in Kyoto was also quite significant (according to the catalogue, 53 Australians attended). “It was hugely important in cementing the relationship between Australia and Japan, as leading countries in the Asian region.” Robert formed a friendship with industrial designer Kenji Fujimori, who became a mentor. “Japan wanted to present itself as a modern craft culture, as a place where contemporary crafts and design could have a viable economic relationship.”

In 1982, Robert became the President of the Crafts Council of Western Australia. In the same year, he attended the General Assembly in Vienna where Fujimori was appointed the head of the Asian zone and Robert was made his deputy.

Around this time, Robert was beginning to see the discrepancy between the value of craft for Australia and its neighbours. In Sri Lanka, he saw how important craft was to trade, where it was measured by weight and volume of containers. The sales from countries like Sweden helped buy needed medical equipment. By contrast, Robert felt that “Australia is standing out there in a privileged place in the art world, and standing outside that other world where they are competing with each other for that trade dollar. I Started to realise there was a big division between what we understood to be our craft world and what was around us.”

In Vienna, the political dimension of world craft became apparent, and the power shifted away from its origins in New York to the global South. There were two competing models. One involved “wealthy private individuals who had paternalistic interest in crafts trying to help maintain traditional craft industries through private patronage.” The other was based on a strictly economic model, beyond any consideration of tradition.

A visit to Fiji made this painfully apparent. When Robert arrived, “The first question they asked was ‘How are you going to help us?’ I didn’t have an answer. I think they were disappointed in my visit. I didn’t come with any money. ” There was also growing scepticism among members of the Crafts Council of Australia about the value of the expensive membership fees for the World Crafts Council.

Robert began to focus on his curatorial work, especially the seminal series of craft triennials at the Art Gallery of Western Australia, for which the World Crafts Council networks were very important.

Robert’s career impresses me as a story of dedication and vision. He forged a path for himself as a craft curator before the scene ever existed. He was able to draw on the international network of the World Crafts Council to help build a strong national infrastructure which enabled so many craft artists and projects to flourish for decades. It’s hard to imagine that this would have been possible without that international network.

Now my own term as Deputy in the World Crafts Council – Asia Pacific, I am struck by the contrast. While Australia once led the world in its support for crafts, it now finds itself at the back of the pack. Craft Australia, the national organisation, was defunded in 2011. The National Craft Initiative that was to replace it went nowhere. Meanwhile, national craft organisations in other countries like UK, Norway, Ireland, Canada, USA and especially China are forging ahead.

Still, there was enough momentum in our international engagement for us to resuscitate the World Crafts Council – Australia so we can keep this door open. There are enough young and old crafts people whose ambitions were raised by figures like Robert Bell, who seek to continue our role in the world, with the same kind of commitment that characterised its beginnings.

Despite the lack of government support, Australia does still have a role to play in our region as a culture that sits between East and West. We have a developed education sector and flourishing state-based organisations who can provide a space for reflecting on the value of craft today. In this way, we can bring something to the table that enables us to connect with the dynamic and ambitious countries of our region.

Robert Bell found a path to connect us not only with the outside world, but also with each other. This path contains more adventures ahead for us in Australia.